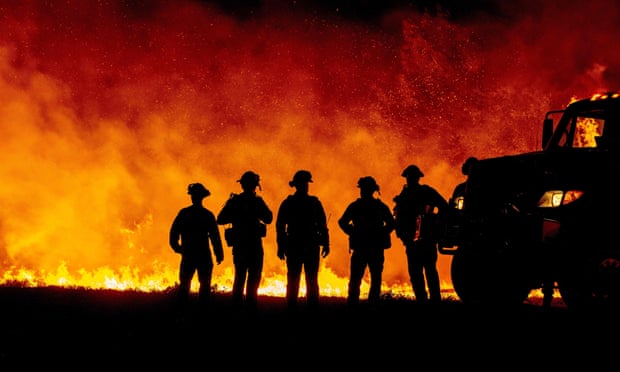 The risk of global societal collapse or human extinction has been “dangerously underexplored”, climate scientists have warned in an analysis.

climate change while blind to worst-case scenarios is naive risk management at best and fatally foolish at worst,” the scientists said, adding that there were “ample reasons” to suspect global heating could result in an apocalyptic disaster.

The international team of experts argue the world needs to start preparing for the possibility of the climate endgame. “Analysing the mechanisms for these extreme consequences could help galvanise action, improve resilience, and inform policy,” they said.

“There are plenty of reasons to believe climate change could become catastrophic, even at modest levels of warming,” said Dr Luke Kemp at the University of Cambridge’s Centre for the Study of Existential Risk, who led the analysis. “Climate change has played a role in every mass extinction event. It has helped fell empires and shaped history.

“Paths to disaster are not limited to the direct impacts of high temperatures, such as extreme weather events. Knock-on effects such as financial crises, conflict and new disease outbreaks could trigger other calamities.”

The analysis is published in the journal Proceedings of the National Academy of Sciences and was reviewed by a dozen scientists. It argues that the consequences of global heating beyond 3C have been underexamined, with few quantitative estimates of the total impacts. “We know least about the scenarios that matter most,” Kemp said.

A thorough risk assessment would consider how risks spread, interacted and amplified, but had not been attempted, the scientists said. “Yet this is how risk unfolds in the real world,” they said. “For example, a cyclone destroys electrical infrastructure, leaving a population vulnerable to an ensuing deadly heatwave.” The Covid pandemic underlined the need to examine rare but high-impact global risks, they added.

Particularly concerning are tipping points, where a small rise in global temperature results in a big change in the climate, such as huge carbon emissions from an Amazon rainforest suffering major droughts and fires. Tipping points could trigger others in a cascade and some remained little studied, they said, such as the abrupt loss of stratocumulus cloud decks that could cause an additional 8C of global warming.

The researchers warn that climate breakdown could exacerbate or trigger other catastrophic risks, such as international wars or infectious disease pandemics, and worsen existing vulnerabilities such as poverty, crop failures and lack of water. The analysis suggests superpowers may one day fight over geoengineering plans to reflect sunlight or the right to emit carbon.

“There is a striking overlap between currently vulnerable states and future areas of extreme warming,” the scientists said. “If current political fragility does not improve significantly in the coming decades, then a belt of instability with potentially serious ramifications could occur.”

There were further good reasons to be concerned about the potential of a global climate catastrophe, the scientists said: “There are warnings from history. Climate change has played a role in the collapse or transformation of numerous previous societies and in each of the five mass extinction events in Earth’s history.”